To break a heart is easy.
All you have to do is reach in, wrap your blood covered hands around it, and pull.
This happened to me.
Two hands, both red as my hair, did this exact thing.
Tore it away like it wasn’t made for me.
Maybe it was his to take?
Because years on, with those same blood red hands, he still has it.
In his hands.
And he won’t give it back.
But the real question is, do I want it back.
He is dangerous, uncontrollable, and downright sexy.
I fell for it all, but in the end, he didn’t catch me he let me fall. 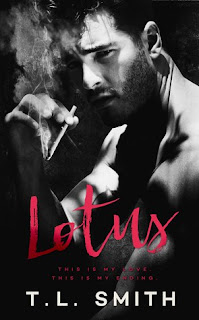 “TL Smith's words in Lotus are like poetry woven into the fabric of the book filled with angst, passion, and love.” -Author Kristin Mayer


“Lotus was an intense, angst-filled read that had me glued to my Kindle from start to finish.” -NYT Bestselling Author Emily Goodwin 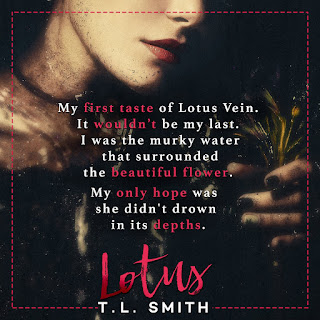 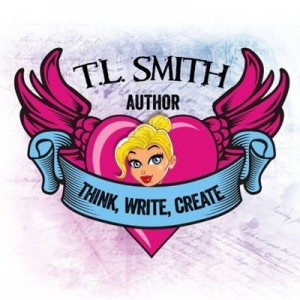 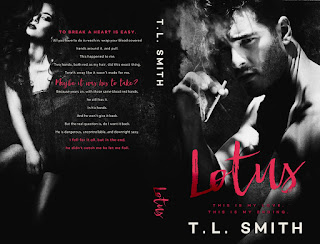 Posted by A geordielass honest blog on reviews at 12:14 No comments:

ALL I NEED by Callie Harper is available now! This hot contemporary romance is part of the All In series and can be read a standalone. Be sure to grab your copy today!

“It’s just a job, how hard can it be?” I was hired by his father to become his live-in caregiver. It sounded like an easy job. But the day I arrived at his broken-down Scottish castle I started to realize it might not be as easy as I thought. I was not told that I’d be looking after a dark, brooding, rich man mired in a world of pain. I was not told that this man would push all my buttons and test even my strongest limits. I was not told that he was devastatingly gorgeous with a wickedly, sinful mouth. I was definitely not told that what I’d end up feeling and what he would propose would drive me wild. But I’m Annie and this is my new job. And damn it, I’m not going to let anything, even him, that gorgeous, sinful, delicious man, stand in my way. You believe me? Don’t you?


GET YOUR COPY TODAY!

REVIEW
3.5* read.
This is the 4th book in this series but can be read as a standalone. An emotional read this book is more of a slow burner which I enjoyed.
Annie was a very sweet, likeable character, Ian less so although he did grow on me I just struggled to find a connection. I know he'd been through so much and that explained his issues, I just didnt connect as much as I'd have liked to. I liked them as a couple but I didn't love them nor did I invest in them. That been said I enjoyed the story and the writing style as always was great, I will be reading more from this author.

Don't miss the other All In books!

IN DEEP: A Sports Romance He’s an Olympic swimmer going for gold. Focused, driven, intense. She’s a blogger going for the scoop and she has the perfect in. She’s gotten herself hired as his physical therapist. With all that intimate time together, the secrets from his past don’t stand a chance. And neither does she. Note: IN DEEP is a standalone hot, contemporary romance. It’s the first of four standalone “All IN” novels with some crossover characters, each of which can be read in any order.

ALL OF ME: A Firefighter Romance
Seven years is supposed to change the way you feel.
Sophie’s not supposed to still dream about the way Liam touched her or the way they moved together. When she heads back to Naugatuck Island, she assumes Liam doesn’t even live there any more. Whatever he once felt, it has to have grown cold by now.
But Liam’s a firefighter. He knows better than anyone, never underestimate the power of a blaze. Those embers may appear cold, but nothing is ever as it seems.
Those embers? They’re just waiting to burst into flames.
Note: ALL OF ME is a standalone hot, contemporary romance. It’s one of four “All In” novels, which can be read in any order, with some crossover characters.
AMAZON / iBOOKS

ALL OF YOU: An MC Biker Romance
Night after night, Jax pictures her coming to him. In his dreams, Sky appears in the darkness, ready and wanting. But the night that finally happens, he finds out they’re in the middle of a nightmare. Sky has nowhere to turn. Only one man can keep her safe, but he’s the most dangerous of them all. Her only choice is to put herself in Jax’s hands. Even if it destroys them both. Note: ALL OF YOU is a standalone hot, contemporary romance. It’s one of four “All In” novels, which can be read in any order, with some crossover characters.

About Callie Harper Callie Harper writes hot, fun page-turning romances. She is powered by coffee, wickedly sexy bad boys, and all things funny, intentional or otherwise. Born on the East Coast where she learned the joys of fast-paced sarcastic banter, she and her family are now kickin’ it in the West Coast sunshine. On any given day there’s a good chance you’ll find Callie outdoors enjoying the gorgeous Bay Area, but if she’s indoors, she’ll likely be reading, writing or eating, preferably all at once.

Posted by A geordielass honest blog on reviews at 14:17 No comments:

"My name's Victoria--No last name. Don't ask."
That was all that the woman would share when Delta team's expert trigger man, an Australian named Ryder, pulled her from the pits of a human trafficking nightmare and took the gun from her hand.
He didn't mean to steal her revenge but survival was the priority. Now that Victoria's home? She had a past he was trying to understand while keeping a secret from her that might tear her apart.
But he's not the only one. When she goes missing, Delta team discovers that Victoria No Name was a one-woman vigilante force, taking on whoever crossed her path, from gun runners to a drug pushing motorcycle club.
She was exactly who Ryder thought she might be, and now he was coming in to help--whether she wanted backup or not.
Get your hands on DELTA: REDEMPTION now:
Amazon / iBooks / B&N / Kobo
Add DELTA: REDEMPTION to Goodreads!

Brandy Paige - “This is such a enjoyable that will give you roller coaster of emotions..”


Excessive Reader - “This book has so many secrets I didn't see coming, I don't want to give away any of the fun.”


Natalie - “I enjoyed the twists and turns throughout the book that kept me captivated the whole way through.” 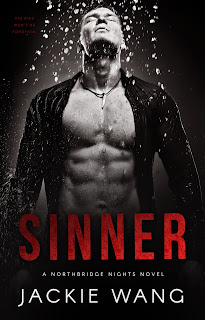 First, he broke my heart. Then, he ripped it out of my chest.
Fifteen years ago, Beckett Longstead broke up with me, then disappeared.
One stormy night, he shows up at my doorstep bloodied and bruised, begging me for help.
I should’ve shut the door in his face. Should’ve left him to bleed.
But instead, I take him in and fix him, just like when we were teenagers.
Beckett has secrets, though, and everything about him screams guilt.
He’s hiding something terrible, but he won’t tell me what.
He claims he can’t remember. That he has amnesia.
He’s sick, plagued by nightmares, and his memory loss troubles me.
But he’s got no one else.
So against my better judgment, I welcome him into my home, and back into my vulnerable heart.
Little did I know, his sins would destroy us.
Little did I know, his secrets would ruin everything.

4* read.
My first read by this author and I will definatly be going back and reading some more from this author.
I did feel a bit lost in places as some characters were mentioned that were apprently in other books but as I hadnt read them so I just felt a bit lost sometimes, but that didn't take anything away from what a good book this was.
This is an emotional rollercoaster of a read that will keep you intrapped till the last page. Theres so many twists and turns that you won't see coming. I don't want to say any more then whats in the blurb as its better read not knowing much but I instanly connected with Terri and was rooting for her and Beckett as a couple. Great read , I'm looking forward to the next. 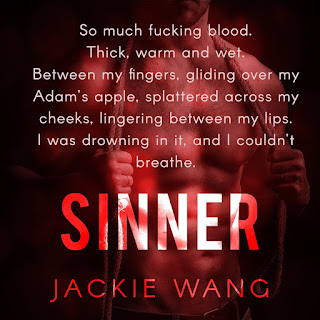 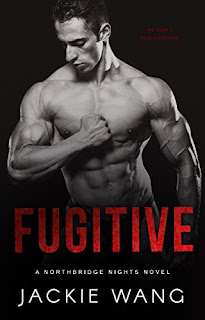 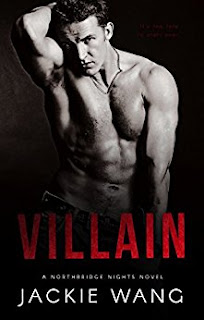 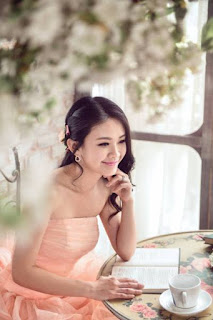 JACKIE WANG lives in Vancouver, Canada with her real-life alpha hero and their rambunctious daughter. When she’s not writing, Jackie is binge-reading, gorging on expensive chocolates, or fiddling around with Photoshop. 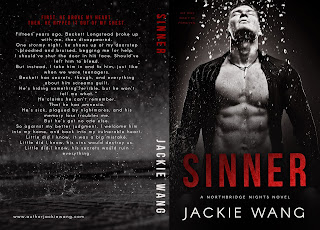 Posted by A geordielass honest blog on reviews at 14:11 No comments: