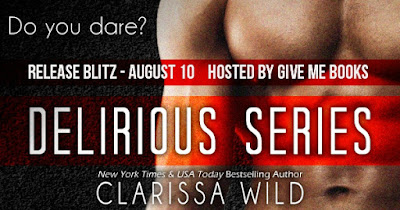 For the first time ever, and for a very limited time, the complete Delirious Trilogy is available in one boxed set edition.

“All I remember is him: Sebastian Brand, my savior.”
Lillith’s world changed forever when she came home from vacation. Her life was ruined, her heart shattered. Putting her trust in Sebastian Brand has been the key to her survival … but at what cost?

“Claimed by a man with the exterior of an angel and the mind of a brute, I will do anything to unveil his secrets and face my own demons.”
Taken.
Humiliated.
Used.
A body in exchange for freedom. A heart in exchange for truth.
Life is never a given. Only a certain death.

“She thought she could run, but there´s nowhere to hide. You think I’m the monster? Think again.”
Sebastian wants only one thing; Power. Claiming Lillith is the key, but her horrible past and uncertain future are undeniably tied to him. When the choices you make decide your fate, the line between good and evil blurs. In order to play this game, sacrifices must be made.

“I am the forgotten one, the girl who was left for dead. I remember everything. Their faces. Their touch. Even their smell.… I will kill them all.”
Sweet revenge keeps her alive … and drives her to kill. Finally, secrets and revelations come to light after a long and grueling journey. Every choice has led to this moment, but no one is prepared for the unfathomable consequences of life and death. Will love be enough to overcome the pain of the past? 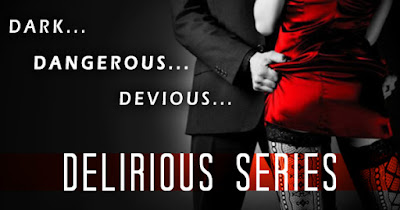 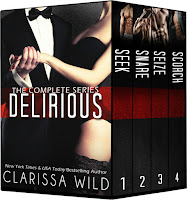 Flames engulf me.
They lick my skin, fill me to the brink with fear.
I’m trapped with no way out.
My eyes can only see darkness as black as my body will become if I stay here a second longer. My vision is clouded by smoke, the rooms and hallways turned into a ghostly scene. Screams come from all directions, whines and loud bangs following suit.
I don’t know where I’m going, but anywhere is better than here. I have to escape this sea of flames.
A torrent of fire scorches the walls, blazing through the doors. I jump over fallen rubble and molten wood, running through any visible gaps I can find. It’s here, it has to be here. The door to freedom … it’s supposed to be here.
Fire follows me everywhere, like a trail set to destroy me, but I won’t let it burn me. I chose this path. I was the one who set this chain of events in motion, and now I must find a way out of this hellhole before it swallows me whole.
It’s either this fire or this facility that will be my undoing, and I’d rather be turned into a crisp than spend one more second in this place. Everything I did was for my own freedom, and I won’t let anything ruin it, not even a fucking burning building.
Right now, I don’t care about anyone else but me. I did it all for me. That’s right, I chose to only follow my own instincts so I could benefit from it. I’m a selfish motherfucker, but I don’t regret a thing.
For once I deserve a little peace.
Forever do I deserve justice.
No one more than me deserves to get out of this place.
But this fire is catching up with me quickly, and I don’t know if I can outrun it.
My lungs burn as I suck in the last viable breath, trying to stop coughing. The smoke is killing me, but I won’t give up. I won’t stop running, won’t stop fighting, won’t stop screaming until I gave it my all and then some. I won’t go down without reason.
I won’t. I fucking won’t!
Adrenaline fuels my body as I rush past falling debris, crisscrossing through the hallway until a door comes into sight. Hope zings through my veins, giving me a rush as I make a sprint toward freedom. I jump over fire and lunge at the door, pulling it open as I go. There’s another door just up ahead. The exit sign is the only light that shines down upon me as I close the door behind me and try to open it.
The door is locked.
I jerk it a couple of times, but it won’t budge.
Panic rolls through me, making all the hairs on my body stand up, as I jerk the door again and again.
“C’mon,” I say. “C’mon you worthless piece of shit!”
I punch the door, but it’s no use. Nothing I do works.
I cry out as I pull on the door as hard as I can and ram my feet into the wood in an effort to break free. Fire has consumed the hallway behind me, and I can smell the smoke rising up from the hole underneath the door. It won’t be long until it enters this room and when it does I have to be out.
“Why won’t you fucking open?” I scream at the door.
If this damned door would open, I would be out of here by now, but it seems to be made of pure cement or something. Nothing I do works. I can feel the heat of the fire penetrating the walls, creeping in from underneath the door behind me. As I look over my shoulder the small gap is lit like the sun.
Oh God, it’s so close, I can almost feel it.
There’s no escape now. I can’t turn around and find a different exit. I’m trapped and the fire has come for me. And this fucking door won’t open, no matter what I do.
Salty tears enter my mouth as I yell and kick the door in a futile move to free myself. Nothing I do works. Nothing.
After a while, I sink to the hard floor, burying my face in my hands.
I’m done for.
This is it, this is the end.
I was the only one who could save me, who could get me out of here. This was my last chance and I blew it.
What ifs float through my head. What if I hadn’t listened to him? What if I didn’t let him use me for his own pleasure? What would have happened if I didn’t let him into my heart? Would I have made the same choices?
No, but I doubt I would’ve come as far as I have now.
Which terrifies me even more. All the choices I made or could have made would’ve led to only two outcomes. I would either remain here or in another facility as their sex puppet or I’d flee and probably die.
I guess I got what I wanted after all. In the end, I realize it’s what I asked for. I should’ve listened when he said there was no escaping this place … and him.
The only way out is death itself.
I should accept my fate with the last shred of dignity I have left, but I can’t fight this dread creeping into my soul. After all that planning, all that work, all that lying, cheating, stealing, and betraying, I ended up alone and trapped in a room as small as a fucking closet. I exchanged my body for a little bit of hope, and what I got was a miserable end to my suffering.
What a horrible way to die. 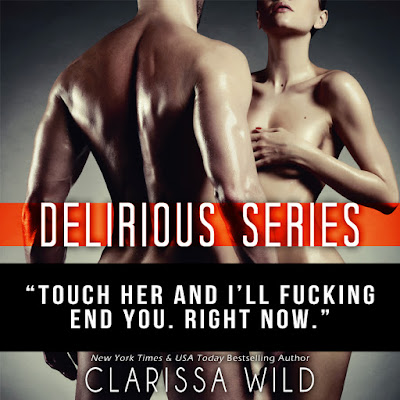 Clarissa Wild is a New York Times & USA Today Bestselling author, best known for the dark Romance novel Mr. X. Her novels include the Fierce Series, the Delirious Series, and Stalker. She is also a writer of erotic romance such as the Blissful Series, The Billionaire's Bet series, and the Enflamed Series. She is an avid reader and writer of sexy stories about hot men and feisty women. Her other loves include her furry cat friend and learning about different cultures. In her free time she enjoys watching all sorts of movies, reading tons of books and cooking her favorite meals.

There is a giveaway for a $15 Amazon gift card

a Rafflecopter giveaway
Posted by A geordielass honest blog on reviews at 20:51