A few weeks ago I was sent some Prevalin allergy to review. Prevalin is a hay fever treatment which relieves the symptoms of hay fever in the nose and eyes without causing side effects. Unlike many traditional hay fever remedies, which only treat the symptoms once they have taken hold, Prevalin allergy provides a new and revolutionary solution to treating hay fever before the pollen can cause havoc to the respiratory system. It has been designed to extinguish allergens in their tracks and prevent them from causing further irritation.
Prevalin allergy is a nasal spray which is a gel at rest and a fluid when shaken. When administered at the first sign of an itch, tickle, watery eye or sneeze, the patented formula works in three ways:
1. It extinguishes any inhaled pollen already in the nose
2. It forms a fine micro-gel barrier preventing future allergens irritating the nasal mucosa
3. It stimulates clearance of the allergens within the nose 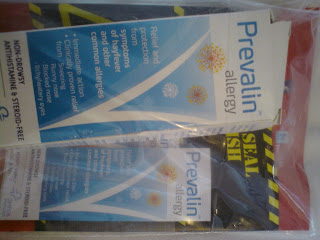 At least 1 in 4 people in the UK and Ireland are suffering from hay fever, so if you’re one of them like me then you need Prevalin. When I first got it I was a bit sceptical as to whether it would work. I’ve used a lot of different forms of products in the past for hay fever and none of them actually worked. Prevalin was different, as soon as I could feel my hay fever symptoms coming on (mine always start with the watery eyes and sneezing) I used it straight away and it worked straight away too. It stopped my symptoms from getting any worse and within a few days my watery eyes and sneezing was completely gone. I have to say I was really surprised as I just thought it would be like everything else I’ve tried and not work. If you’re like me and suffer from hay fever then I highly recommend you go out and buy this. If you want to buy Prevalin you can get it from a link on their website that takes you too http://www.boots.com/en/Prevalin-Allergy-140-doses_1209123/
I was also set an ultimate festival kit as well from the lovely people at Prevalin which I found really useful with all the festivals around, now I’ve got everything I need for a festival, and can go hay fever free. 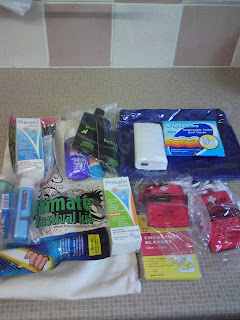 Posted by A geordielass honest blog on reviews at 12:04